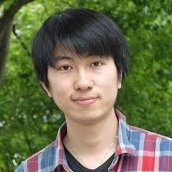 Wei Yang received the B.E. and M.E. degree from the Beijing University of Posts and Telecommunications, Beijing, China, in 2008 and 2011, and the Ph.D. degree in Electrical Engineering from Chalmers University of Technology, Gothenburg, Sweden, in 2015. In the summers of 2012 and 2014, he was a visiting student at the Laboratory for Information and Decision Systems, Massachusetts Institute of Technology, Cambridge, MA. From 2015 to 2017, he was a postdoctoral research associate at Princeton University, Princeton, NJ. In Sep. 2017, he joined Qualcomm Research & Development, San Diego, CA, where he is now a senior engineer.