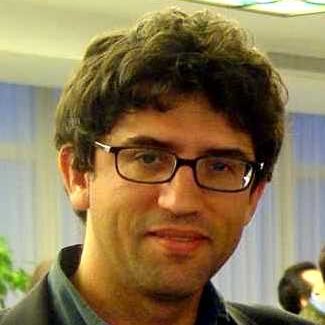 Giuseppe Caire was born in Torino, Italy, in 1965. He received his B.Sc. in Electrical Engineering  from Politecnico di Torino (Italy), in 1990, his M.Sc. in Electrical Engineering from Princeton University in 1992, and his Ph.D. from Politecnico di Torino in 1994. He was a recipient of the Associazione Elettrotechnica Italiana‘s G. Someda Scholarship in 1991, and was a post-doctoral research fellow with the European Space Agency (ESTEC, Noordwijk, Netherlands) from 1994-1995. He has been an assistant professor in Telecommunications at the Politecnico di Torino, an associate professor at the University of Parma (Italy), and a professor with the Department of Mobile Communications at the Eurecom Institute (Sophia-Antipolis, France). He is currently a professor of electrical engineering with the Viterbi School of Engineering at the University of Southern California, Los Angeles, and an Alexander von Humboldt Professor with the Electrical Engineering and Computer Science Department of the Technical University of Berlin.

He served as associate editor for the Institute of Electrical and Electronics Engineers (IEEE) Transactions on Communications from 1998-2001 and as associate editor for the IEEE Transactions on Information Theory in 2001-2003. He received the Jack Neubauer Best System Paper Award from the IEEE Vehicular Technology Society in 2003, and the IEEE Communications Society & Information Theory Society Joint Paper Award in both 2004 and 2011.

Giuseppe Caire has been a Fellow of IEEE since 2005. He served on the Board of Governors of the IEEE Information Theory Society from 2004 to 2007, was an officer of the society from 2008 to 2013, and was president of the IEEE Information Theory Society in 2011. His main research interests are in the fields of communications theory, information theory, and channel and source coding, with a particular focus on wireless communications.